Thanksgiving with 'The Egg Lady' 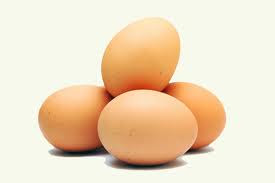 With Thanksgiving right around the  corner, I got to thinking back to the first Thanksgiving Dennis and I  spent as a married couple. We had moved to Austin just a few months  before and decided to give thanks in a different way that year. So  today, I am rerunning a favorite Life Lines  column in honor of the holiday and in recognition of all those folks  who will not sit down to a feast of food on Thursday. Here it is:

In  the past, whenever the dolls and Legos would overflow our kids’ toy  bins, we’d give things away to charity. We figured it was a good way to  do something nice, clean our closets, and teach our kids the importance  of giving to others all at the same time.

Ever since Noah turned  2, he knew that many of his toys would eventually go to “the poor.” We  never really put a face on “the poor,” but whenever a toy was  conspicuous by its absence, Noah would ask if they had it.

We  thought we were teaching him a valuable lesson in Christian charity.  Then one night he took the globe off the coffee table, spun it around  and randomly put his finger on Egypt. “Is this where the poor live?” he  asked.

I tried to imagine what was going through his head. I had  visions of hungry children on the other side of the world opening boxes  filled with Teletubbies and beeping plastic steering wheels.

And  so began our quest to teach our kids just how many people are desperately poor, not just on the other side of the globe, but on the other side of town. We tried to find ways to drive the point home: a  brown bag full of cans from our pantry at Thanksgiving, a gift for the  Giving Tree at Christmas, an Easter basket for a needy child. They were  all lovely sentiments – and important in their own ways -- but hardly  enough to convey what the Gospel challenges us to do.

The first  Thanksgiving after Dennis and I were married we volunteered to serve  breakfast to hungry men and women who didn’t have plans for a  home-cooked meal, or a home for that matter. A woman who ran the  Catholic Worker House was happy for the extra hands and told us to be at  the day labor corner at 7:30 a.m. to hand out hard-boiled eggs, tortillas and hot coffee.

The woman was known around town as  “The Egg Lady” because she was out there with her eggs not just on  Thanksgiving but every day. She drove homeless people to AA meetings,  let them shower at her house, gave them clothes and offered them  prayers. She reached out a hand where many would recoil in fear. She  told us how one man she’d been helping stole her car. She said it  without a hint of anger, without an ounce of regret. Then she boiled  more eggs and went back out to the streets.

Now that is a lesson  in Christian charity. Talk about living the Gospel. It’s not nearly as neat and easy as throwing some canned corn in a paper bag. In fact it’s the kind of charity that I find downright scary. But it’s exactly the  kind of charity we need to embrace if we’re going to teach our kids about compassion and our duty to make sure people have eggs and coffee  and a generous serving of dignity and respect.

Maybe this year  we’ll hold onto the extra Elmos and try a different approach – like  talking about the fact that there are poor people right here, that  they’re just like us except they don’t have a way to pay for food or  doctor visits or heat during the winter. Bags of food and boxes of toys  are a good start, but they won’t end poverty. We end poverty, and not  just with a checkbook but with a change of heart. Maybe that’s a naïve  idea, but people like The Egg Lady put it to the test every day.

Unfortunately  there are plenty of opportunities to test our mettle. Spin the globe.  Put your finger down. Anywhere. That’s where the poor live.

Originally published in Catholic New York, November 2001. If you would like to learn more about the real "Egg Lady," click HERE.
Posted by Mary DeTurris Poust at 1:12 PM