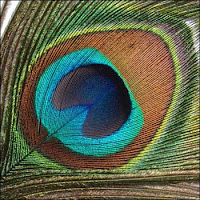 The beautiful post below by Elizabeth Scalia reminded me so much of my grandfather, who was known in our family and around our home parish church as "the oldest altar boy." Every day without fail throughout his retirement and until he was too ill to leave home, he opened the church in the morning, locked it at night, served at each of the three daily Masses, and then sat before the tabernacle in prayer.

He was my confirmation sponsor, chosen by me because no one in my family was so profoundly devoted to God and to the Catholic faith. He oozed faith out of his pores. When my mother died and the rest of us were losing faith, he never wavered. He stood looking down at his dying daughter, sad but unshaken, assuring us that God did answer our prayers, just not the way we would have chosen. Always a tough sell, but especially so on the deathbed of a mother still in her prime.

When I see him in my mind's eye, he is doing what he loved most, kneeling in church -- the church where his own father helped build the stone wall, the church where his children and grandchildren were baptized, the church where he returned home to God. Today that church has a mosaic hanging above the tabernacle in honor of my grandfather and grandmother, a convert with a powerful faith all her own. It's a beautiful image of two peacocks, a Christian symbol of immortality and resurrection, and a concrete reminder to me of what my grandfather valued above all else -- the Eucharist.

So on this day before Thanksgiving, I want to thank Elizabeth for her post and for reminding me of my grandfather, whose faith was such an important part of my own formation as a Catholic.

Here then is "The Mass of Very Old Men" by Elizabeth Scalia:

SUNDAY, NOVEMBER 18, 6:25 AM: In the palest light, I follow footprints left in the season’s first frost, just a few minutes behind the regulars. The church’s glaring overhead lights are softened by the flame-glow of a few dozen candles—real wax, seven-day candles that burn a constant supplication—and by the shimmer of one gloriously large and eye-catching Icon of the Crucifixion scene. I wait to stand my candle as a slope-shouldered older man first places his own and then remains a few moments in wonder before all that beauty. He bows low; his eyes close and his hands press together in prayer, but imperfectly so. Form follows function, and these hands, roughly callused, with knuckles gnarled by age and decades of hard work, reveal the laborer who grounds the esthete.

6:36 AM: To the right of the altar, on a worn kneeler, another gray-haired man. He too has lit a candle—electric, this time—before an image of Saint Joseph, patron of husbands and fathers and workers; of immigrants and the whole church and a happy death. There is suppleness to the arc of the man’s body that suggests both comfortable familiarity and ardent longing. He cannot know that in this mid-twentieth century, minimalist building, he is the closest thing to a gothic arch thrusting heavenward, or that his unconscious affect works to similar effect, on some.